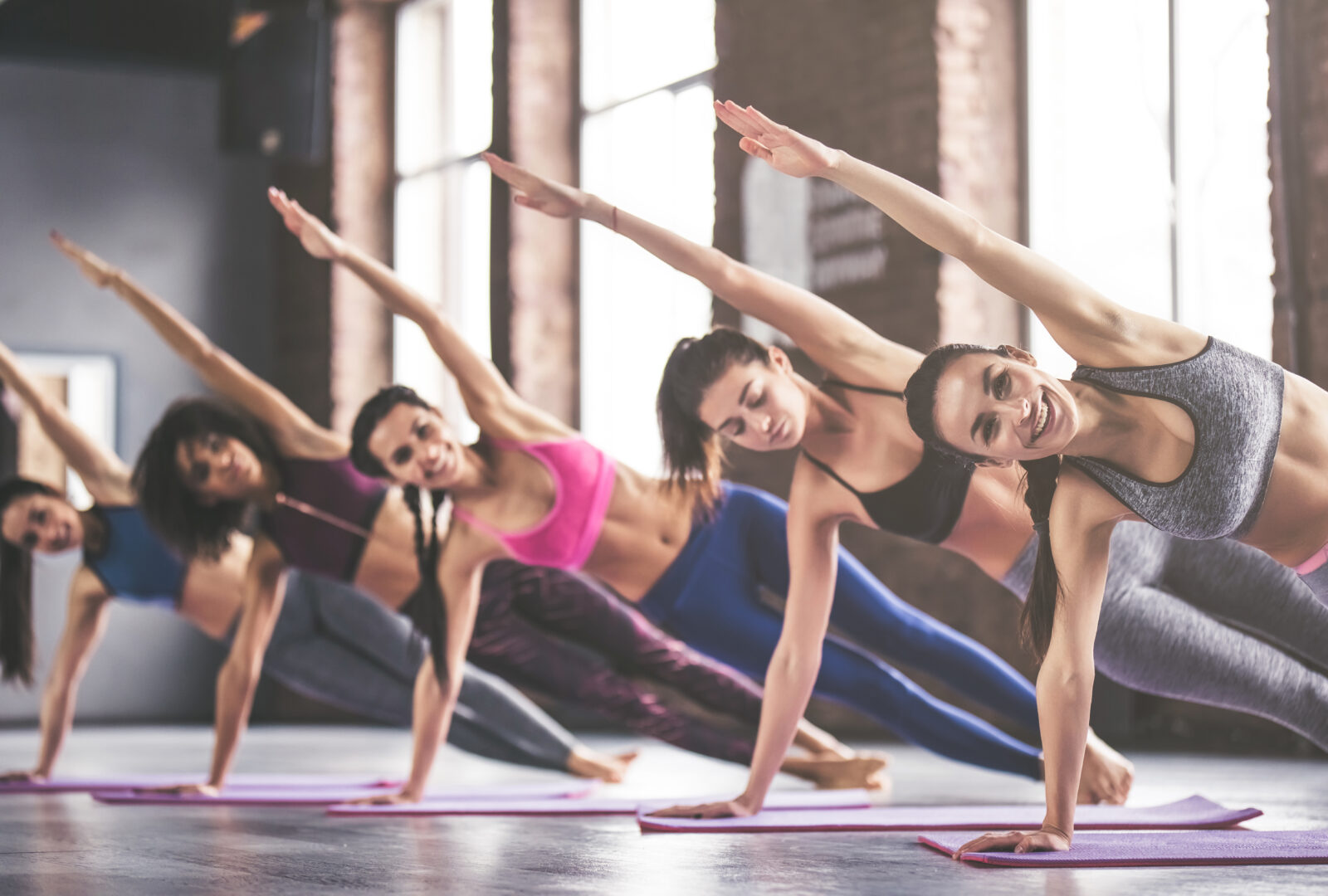 Questions and Answers Regarding Hormone Controversy

The following is an in-depth review of the hormone controversy and the recent medical studies involving synthetic hormones.

Recently there has been tremendous confusion and misunderstanding concerning the article published in JAMA, July 13, 2002, concerning the use of synthetic estrogen and progestin.

The Women’s Health Initiative (WHI) Study demonstrated that the combination synthetic hormones, Premarin and Provera or PremPro, resulted in an increased risk of breast cancer and heart disease. However, the incidence was very low at less than 1 per 1,000 women. PremPro consists of a synthetic estrogen from the urine of pregnant horses and progestin (Provera), imitation progesterone. Experts from all fields of medicine are now calling for a discontinuation of all hormone replacement based on reported increases in heart disease, breast cancer and blood clots in this WHI trial. This is an inappropriate reaction to and incorrect interpretation of one study! There are other safe hormones, which were not included in this study, that have been incorrectly targeted. The information contained in this latest study is not new news and the conclusion of this study does not apply to natural biologically identical hormones. The JAMA article specifically addresses this issue. Unfortunately, the media will take things out of context and publish misinformation. Patients then misinterpret these findings because of the media confusion. The intent of this notice is to clarify this issue and the article.

An article appeared in JAMA in 2000, Jan 26; 283(4):485-91, which concluded that the risk of breast cancer increased 8 times with Provera. The July 2002 article is no different. It again demonstrates what has been known for some time, that Provera increases breast cancer risk, but it has never received the media attention and medical criticism as now.

Even though the WHI Trial evaluated Premarin and Provera, it was finally shown that it was primarily the synthetic progestin (Provera) that was the culprit in causing the harm. In the first arm of the WHI, Premarin-Provera caused an increased risk of breast cancer and heart disease. In the second arm of the study using estrogen alone, without Provera, the results were very different. There was no increased risk of breast cancer or heart disease. In fact, there was a decreased risk of cancer and heart disease in the estrogen only group. However, most physicians and the media misinterpret the data and conclude that estrogen is harmful when in fact it is not; it is progestin (Provera) that caused the harm.

The other inappropriate conclusion was that all hormones in women should be stopped just because Provera is harmful. This conclusion does not apply to all hormones. All hormones should not be stopped, just the Provera. What should women take in place of Provera? The answer is simply natural progesterone. However, many physicians may claim that it makes no difference, that all hormones are the same. This is simply incorrect. The natural hormone in the body is called progesterone; the synthetic, chemically altered hormone is a progestin (Provera) and is a completely different molecule. It is not the same.

In recent studies, Provera has been shown to cause breast cancer; natural progesterone has been shown to decrease the risk of breast cancer. Provera increases breast density; progesterone decreases breast density. Provera stimulates breast tissue; Progesterone down regulates breast receptor sites. Provera raises cholesterol; progesterone lowers cholesterol. Provera is associated with a multitude of side effects. Progesterone has none. Progesterone is pro-gestational, the hormone that is necessary to maintain pregnancy. Provera is a teratogen (causes birth defects) and is absolutely contraindicated in pregnancy. These hormones absolutely are not the same. These are two completely different hormones with completely different effects.

The confusion stems from the generic name of Provera — medroxyprogesterone. Because the term progesterone is in the name some consider medroxyprogesterone to be the same as progesterone. As explained above, we know they are very much different, both in chemical structure and effect. As evidenced in the findings of the WHI Trials, one must understand each individual hormone. The WHI proved that the combination of Premarin and Provera was harmful. The estrogen-alone arm of the study determined that estrogen alone, without Provera, did not cause breast cancer or heart disease. (This study used Premarin as the form of estrogen. The chapter on estrogen explains the better option.) The WHI vindicated estrogen and showed Provera (progestin) to be the culprit. The safer bioidentical progesterone should be substituted in place of Provera or progestin. We should use bioidentical estrogen and bioidentical progesterone and avoid the problems associated with synthetic hormones. When our body loses hormones, it is critical for healthy aging that we put back in the same identical hormone instead of a hormone that is molecularly different.

There are 2 recent studies indicating that natural progesterone protects against breast cancer by decreasing epithelial cell proliferation in the breasts (Fertility Sterility 1998; 69:963-69). Another study showed that progesterone was more protective than Tamoxifen, which is a treatment for breast cancer (Japan Journal of Cancer Research 1985; 76: 669-04). And another document shows decreased ductal stimulation by progesterone by 400% (Fertility Sterility 1995; 63: 785-91). There are many studies that show that Provera increases the risk of breast cancer; progesterone decreases the risk. Again, progesterone is not Provera. In the PEPI trial, it was shown that estrogen and progestin increased the risk of heart disease, whereas estrogen and natural progesterone decreased the risk of heart disease. Provera increased cholesterol and clotting whereas progesterone caused the reverse thereby Protecting the heart. This July 3, 2002, study from JAMA (WHI) essentially shows the same. It amazes me that it still comes as a surprise to the medical community that progestins increase the risk of heart disease when it has been so well documented in the literature. Provera antagonizes the beneficial effects of estrogen on coronary artery atherosclerosis (Arterioscler Thromb Vasc Biol 1997 Jan; 17(1):217-21). By now it should be apparent that not only is progesterone not the same as Provera, it is completely the opposite.

An article in the medical journal American Family Physician showed that Provera and progestins cause significant side effects of swelling, fluid retention, breast tenderness, bleeding, depression and mood disorder. Progesterone is devoid of these side effects; it is the feel-good hormone of pregnancy. Provera is not a feel-good hormone.

The recent JAMA article stated that Premarin by itself did not increase the risk of breast cancer. The National Breast Institute and the National Institute of Health have emphatically stated that there is no conclusive evidence that Premarin (estrogen) alone causes an increased risk of cancer. Overall, 75% of all the studies in the medical literature show no increased risk of breast cancer and this article from JAMA is no different- the risk is from adding the synthetic progestin (Provera). However, there are a few studies that show a slight increased risk of breast cancer with Premarin. The overall risk from these few studies is still very low, but the risk significantly increases with the addition of a progestin. In summary, most studies show no increased risk of cancer and a few studies show a very low risk if any with use of Premarin by itself. However, in my opinion, we should still not use Premarin because of the metabolites it produces which can cause many side effects.

Premarin contains equilin which has been reported in 2 cancer research journals to cause cancer (Chem Res Toxicol 1999 Feb;12(12(:204-13). There is ample evidence now to implicate the synthetic estrogen with a small increased risk of cancer and the synthetic progestin with the much greater risk of breast cancer and heart disease. The July 2002 JAMA article emphatically states that the concern is with the synthetic progestins and does not include other hormones nor the natural estrogen or progesterone.

The original intent of using the bio-identical natural hormones is to avoid the side effects and complications of the synthetics that we have known about for years. Why all the sudden media attention is not known. What needs to be clarified is that the concern should be only with the synthetic progestin, whereas the media and newspapers misquote that all hormones are damaging. The solution to the problem is the same that we have been recommending for years —natural, bio-identical estrogen, progesterone, and testosterone. The deterioration starts at menopause when our hormones decline. Avoid the harm by simply replacing our hormone levels back to the levels we enjoyed before menopause. The landmark papers that document the importance of this therapy over the problematic synthetic hormones are: Infertility and Reproductive Medicine Clinics of North America Vol 6, number 4, Oct 1995, and Obstetrics and Gynecology Clinics of North America Vol 21, number 2, June 1994.

None of these new studies provide any new information to me nor does it affect the way I prescribe hormones. All of this information has been in the literature for years. Where was the media then? These recent studies are finally the eye opener for both patients and doctors to avoid the synthetic hormones and replace only those hormones that normally occur in the human body. Menopause results in a tremendous increased risk of heart disease, osteoporosis, urogenital atrophy and cerebral deterioration — all that can be prevented by simply maintaining hormone levels. And in spite of the health benefits, we should not ignore the symptomatic improvement and quality of life issues that are the primary reason to use the hormones in the first place. Just use the right hormones in the right dose and monitor the levels. I hope that this clarifies all the issues. Remember, stop synthetic hormones that are harmful. Do not stop the beneficial, biologically identical hormones.