For more than 40 years, doctors have been prescribing estrogen for women who suffer with menopausal symptoms such as hot flashes and insomnia. Many women felt so healthy and invigorated on estrogen that they continued to take this hormone indefinitely.

Study after study documents the astonishing effect that estrogen makes women not only feel better but healthier. Estrogen vastly improves the quality of day-today life for women by making them more youthful and energized. Women have better muscle tone, fewer wrinkles, stronger, shinier hair, and a more enjoyable, satisfying sex life after menopause. Estrogen users stand taller and straighter and do not suffer the typical bone loss of osteoporosis. Estrogen users have half the risk of heart disease and stroke in comparison with those that do not use estrogen. Estrogen users have an extremely low incidence of Alzheimer’s disease and senility. Estrogen users are not subject to vaginal dryness, urogenital atrophy and the concomitant infections that can become debilitating. Estrogen is one of the few hormones that women demand from their physicians. Over 10,000,000 women take estrogen in the United States, and it was the most widely prescribed medicine in the United States. Actually, it is through estrogen supplementation that we have learned the importance of optimal hormone supplementation and the synergy from replenishing all the hormones. It is not until women lose estrogen that they start to experience heart disease, bone loss and deterioration. Simply by replacing this hormone, all this detriment can be prevented.

However, on July 17, 2002, the news media alarmed the public by reporting that hormones have been shown to increase the risk of heart disease and breast cancer. Unfortunately, the media does not know how to interpret the medical literature. Medical studies have reported for some time that synthetic estrogen and synthetic progesterone cause an increased risk of heart disease and cancer, but only when supplemented in the synthetic form. The natural hormones do not pose the same risk. This is exactly why we have been such strong advocates of natural hormone replacement and not synthetic. This information is not new. An almost identical article appeared in the same medical journal (JAMA) the year before and revealed the same conclusion — synthetic hormones increase the risk of breast cancer, although it is a very slight increase in risk. The media did not sensationalize the research until the 2002 publication.

But this poses a question: If a lack of hormones causes heart disease, how can taking the same hormones make it worse? It doesn’t! Taking the chemically altered, different hormone is what makes it worse. Natural or biologically identical hormones do not. This is what the media misrepresented. The culprits were synthetic hormones, not natural hormones. The identical ones that we lack are exactly what we should replace, although this is not what most physicians do. Most physicians prescribe only the synthetic hormones (Premarin, Provera, PremPro) and not the ones that are most appropriate. For years, many physicians have laughed and scorned the natural hormones and the physicians who prescribe them. This 2002 report has them scrambling, looking for an explanation and options for their patients. And what’s worse, women who need the beneficial effects of hormone replacement are quitting because their physicians tell them to stop all hormones. When they stop they suffer the consequences of estrogen deficiency.

Physicians should be telling their patients to stop the synthetic hormones that have been demonstrated to be harmful. Physicians should then be educating women that loss of our own natural hormones results in significant deterioration and illness. We should be encouraging estrogen replacement with bioidentical estrogens. Many women fear estrogen due to the media reports on the negative studies of synthetic hormones. This is unfortunate. Women should be educated to fear the harmful effects of loss of our natural estrogen. The detrimental effects of the synthetic hormones should not be extrapolated to include our natural hormones which are so beneficial.

In the past physicians routinely removed a woman’s ovaries with hysterectomy. This eliminated key hormone production. Once physicians realized the suffering and harmful effects from the loss of hormones, they now try to save ovaries whenever possible. If hormones are so harmful, we would surgically remove ovaries at an early age. Instead, we try to preserve ovary function and beneficial hormone production for as long as possible. And when menopause occurs and hormone levels fall, we simply need to replace the lost hormones back to pre-menopausal levels with the same identical hormone instead of with a completely different hormone with a different chemical structure. The pharmaceutical industry doesn’t admit there is a difference, but the human body sure knows there is a difference.

Estrogen is produced in the ovaries and adrenal glands. Men actually produce estrogen from conversion of testosterone, although this is an extremely small amount. There are three types of estrogen found in a woman’s body: Estrone, estradiol and estriol. The levels of all of these hormones fall dramatically at the onset of menopause, which is responsible for the symptoms and detrimental health effects of menopause. The symptoms characteristic of menopause are hot flashes, insomnia, vaginal dryness, bladder problems, difficulty concentrating, and anxiety. Unfortunately, the disease processes, such as cardiovascular disease, stroke, osteoporosis, and Alzheimer’s, only increase in the absence of estrogen.

The rapid loss of bone after menopause has been attributed to the decline in the production of estrogen, which is essential for bone growth. Osteoporotic fractures are one of many of the diseases of aging that result in significant morbidity and mortality. In addition, the loss of estrogen results in the development of heart disease, which is the number one killer of both men and women. When a woman’s estrogen level drops, the risk of heart disease soars. Postmenopausal women on estrogen have a 70% decrease in mortality from heart disease. Estrogen also has been shown to lower total blood cholesterol and raise HDL, the good cholesterol. Not only does estrogen protect vessels of the heart, it also protects vessels of the brain and protects against Alzheimer’s disease. Over 100 articles in the medical literature over the last 30 years have documented the cardiovascular benefits of estrogen. There was one recent study, The Women’s Health Initiative (WHI) study, in which a combination of synthetic estrogen and progestin (Premarin and Provera) showed an increased risk of breast cancer and heart disease. However, in the estrogen-only trial there was no increased risk of cancer or heart disease. It was the synthetic progestin (Provera) that was to blame and not estrogen. Most physicians, the media and patients, misunderstand this. Again, it is the synthetic progestin that causes the increased health risks. Estrogen alone is not the culprit.

There is no doubt that estrogen can protect a woman against many of the diseases of aging and that postmenopausal women on estrogen typically feel better and stay healthier. Unfortunately, most of the estrogen that is prescribed to women is in the form of a synthetic estrogen or an estrogen that is not natural to the body. Since these synthetic estrogens are not natural to the body, many women develop side effects or do not feel well on the synthetic, non-bioidentical hormones. A healthy trend these days is to avoid the synthetic estrogens that have been used for years and instead use natural estrogens. Human receptor sites were designed to accept the natural estrogen and not a synthetic analog. A recent article in the New England Journal of Medicine proved by meta-analysis that long term use of synthetic estrogens and Progestins (the main culprit) increase the risk of breast cancer. These medical studies have utilized the most commonly prescribed estrogen, Premarin, which is derived from the urine of pregnant mares (thus the contraction: Pregnant mare’s urine). Premarin contains many estrogens found in horses only and not in humans. Many women cannot tolerate the side effects created by taking the chemically different horse estrogen. More importantly, Premarin contains the horse estrogen equilin, which can cause many side effects. It is astonishing that so many physicians do not understand why some women refuse to take Premarin.

In summary, estrogen protects against heart disease, stroke, osteoporosis, Alzheimer’s disease and memory disorders. It protects against vaginal atrophy, urinary incontinence, and urinary tract infections. It prevents symptoms of menopause and improves overall well-being. Estrogen deficiency results in urogenital atrophy, incontinence, sagging skin, sagging breasts, increased skin wrinkles, fatigue, depression, mood swings and decreased libido, all of which can be corrected by estrogen replacement. I absolutely recommend estrogen, and replacement must be in the form of a natural, biologically identical estrogen, of which there are several forms.

A recent article from UCLA demonstrated that postmenopausal women without ovaries suffered increases in heart disease, strokes, osteoporotic fractures, and increased mortality in comparison with women that had ovaries. This is one of hundreds of medical studies proving beneficial effects of our hormones and the problems and deterioration that occur when we lose our hormones. Our own hormones are beneficial until we lose them. Thus, we should replace them with the same identical hormone that was there before. Do not replace them with chemically altered, harmful hormones that are completely different than what we naturally had before. Premarin dramatically increases thrombosis, heart attacks and strokes whereas estradiol was shown to have none of these effects (JAMA, Oct. 6, 2004:1581). Premarin contains over 10 different estrogens that are not found in the human body and that have adverse effects on breast tissue and blood vessels. This again is another example of a study that demonstrates harmful effects of the conjugated chemically altered estrogens, whereas the use of estradiol had no adverse effects at all. (JAMA 2004; 292:1581-87)

Never equate the synthetic estrogen with the natural estrogens. The media might lump them together, but they are not equal. It is not until the body lacks the natural hormones that we see the problems and deterioration. This can be avoided by simply putting back in the same identical hormone that was there before. This is the molecule that the body recognizes, metabolizes, and uses as if it was its own. If you are a woman without estrogen, either because of menopause or surgical menopause (complete hysterectomy), you should be taking estrogen (and progesterone). If you are taking synthetic estrogen, you should change to natural estrogen. Put back into your body the same identical hormones to levels similar to what you had when you were younger so that you feel and function as you did before menopause as well as prevent the significant deterioration that occurs&#39; from loss of estrogen. 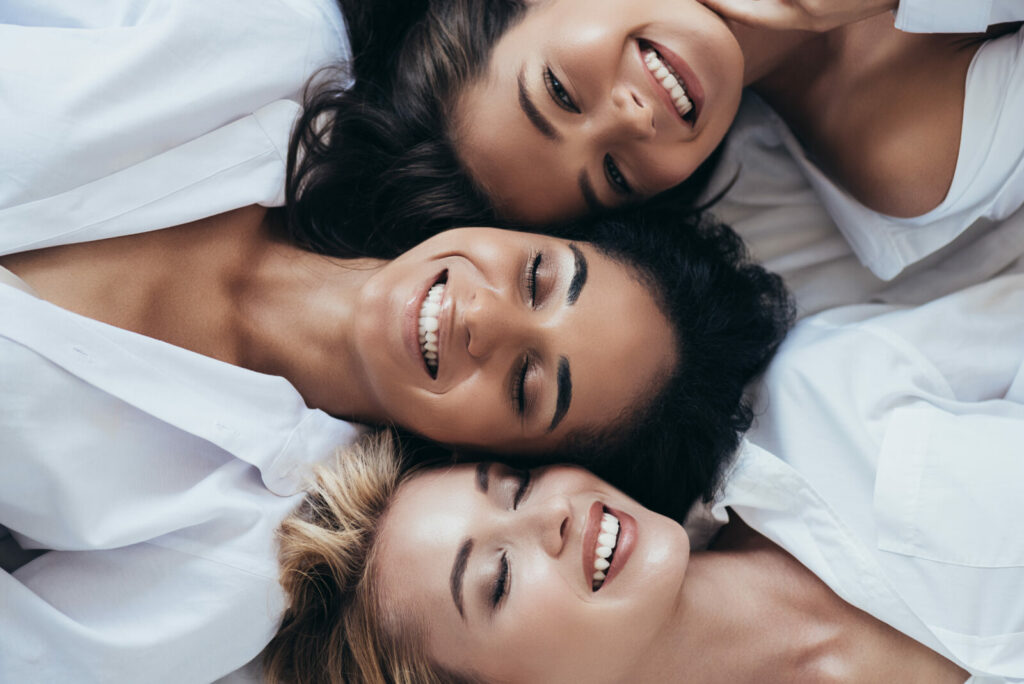 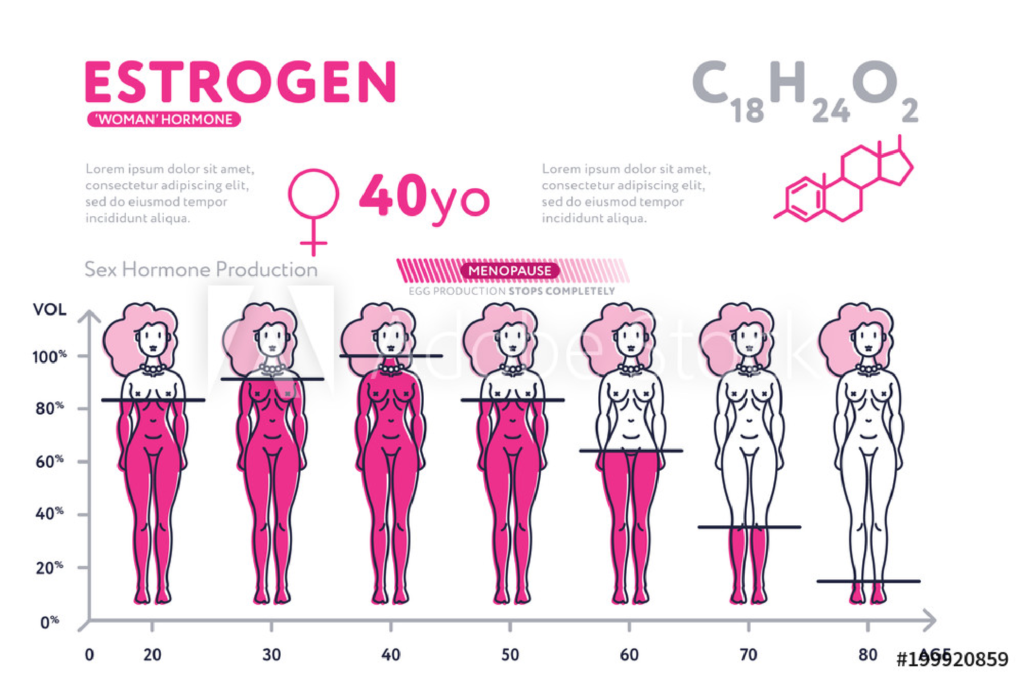